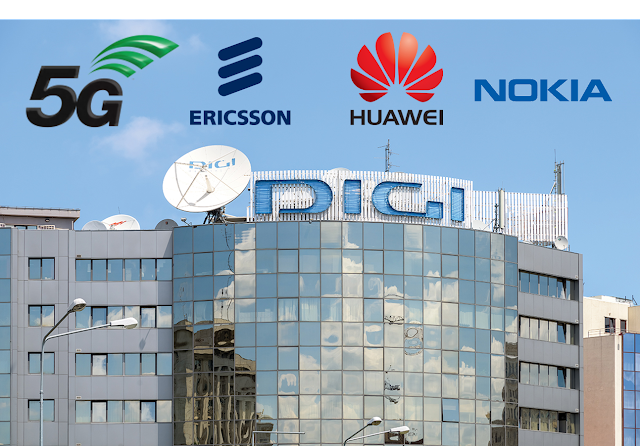 Ericsson and RCS&RDS (DIGI) have launched Romania's first 5G commercial service in the busiest parts of Bucharest, expecting 5G to make a significant difference by providing increased speeds for mobile broadband to businesses and consumers.

DIGI deploying Ericsson's 3GPP standards-based 5G New Radio (NR) hardware and software. Built on top of DIGI's 4G network, the enhanced mobile broadband capabilities enable customers to connect to both 4G and 5G simultaneously to get the best possible experience even in the most crowded areas, depending on the compatibility of the terminal with 5G technology.

This first phase of DIGI's 5G rollout is a Non-standalone (NSA) deployment focused on using the combined power of 4G and 5G. In the coming weeks, DIGI and Ericsson will activate more 5G radios and base stations in the capital of Bucharest and the city of Cluj-Napoca. More base stations are to be activated in Bucharest and the city of Cluj-Napoca in the coming months. Although Romania will not hold its auction of 5G-enabling spectrum until the fourth quarter of 2019, Digi already has access to spectrum within the 3.6-3.8 GHz band.

At an event organized in the Old City Center of Bucharest, the busiest area of ​​the Romanian capital, DIGI offered journalists and authorities representatives the opportunity to test the facilities of the new technology. The demonstration, made under real-world Xiaomi network and mobile phone usage, was made possible with the support of Ericsson partners, the suppliers of the first 5G broadcast stations on the Digi Mobil network and Xiaomi. DIGI has also successfully tested Huawei networking equipment.  Evidently Digi is keeping its 5G technology options open they have indicated that they plan to deploy the tested 5G equipment from Huawei in other cities in early-July 2019. And also aim to test and deploy the Nokia kit during 2019 and will use equipment from all three vendors (Ericsson, Huawei, Nokia) to underpin its 5G offering.

According to Valentin Popoviciu, Vice-President DIGI:

"In 2018, Digi took the first step towards 5G, testing the functionality of this technology on a prototype platform. Today, we are experimenting the capabilities of Digi Mobil 5G Smart network, with the commissioning of the first station in our network, in one of the busiest areas of the capital. As usual, our promise is that we will serve our customers with reliable and affordable mobile data services, including 5G, in selected areas in Bucharest and other big cities of Romania already in 2019."


Despite not having a 2G legacy, the 3G Digi Mobil network currently covers 99.5% of the Romanian population, and the 4G network, 75% of the population. Digi Mobil has positioned itself on the local market as a dynamic and attractive competitor, both thanks to its unbeatable quality-price ratio and through its terminal procurement financing tools. These competitive advantages turned it into the leader of portability in the mobile telephony segment, a position held constantly in the over 10 years of existence of the portability service in Romania. At the end of 2018, the parent company of RCS & RDS, Digi Communications NV, announced that the electronic communications operator has more than 3.4 million revenue generating units (RGUs) in the segment of mobile telephony and data services on its main market, Romania.

The Romanian government plans to start spectrum auction for additional spectrum needed for 5G wireless networks in the fourth quarter of 2019, an auction that may yield about 2 billion lei ($474 million) in state revenue. DIGI can already start offering initial 5G services through its already available commercial spectrum within the 3.6 – 3.8 GHz band.
Posted by Zaffareen Khan at 07:35