The number of mobile network operators in Britain could soon drop from four to three, according to the chief executive of the UK's smallest carrier.

Three, which has 7.8 million customers and 10% of the market, has previously opposed consolidation in the UK, arguing that prices would rise and consumers would suffer.

"Under the right circumstances the UK could operate competitively with three or with five," said Three chief executive David Dyson, predicting a round of consolidation in Europe from 2014. Any mergers would have to ensure balance in the market, leaving a trio of strong players at the end of the process, he added.

Dyson was responding to speculation that Three, which is owned by the wealthy Hong Kong conglomerate Hutchison Whampoa, could look to buy O2 in Britain, as it is currently seeking to do in Ireland. With outsiders such as America's AT&T looking to enter the European market, bankers are predicting a wave of mega-mergers and acquisitions starting next year.

Three opposed the 2010 merger of T-Mobile and Orange, which reduced competition from five to four players in Britain, and has sided with the telecoms watchdog Ofcom in arguing for a minimum of four competitors. During the last spectrum auction, Three secured special protection from Ofcom to ensure it was not outbid and could continue to challenge the big three – EE, O2 and Vodafone.

Posted by Zaffareen Khan at 12:23 No comments: 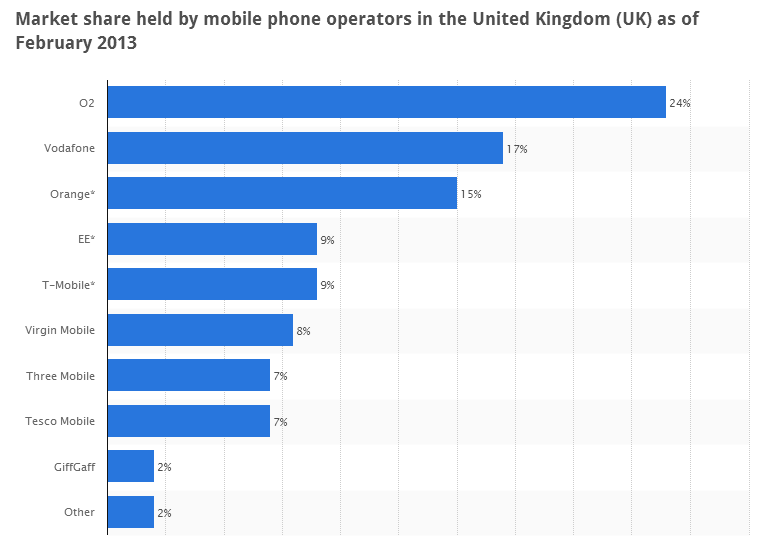