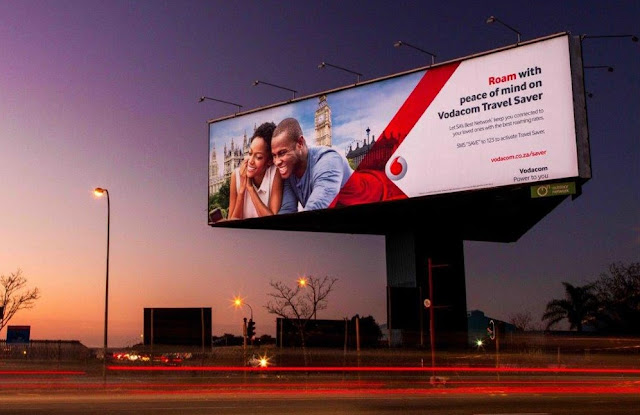 Vodacom is the largest mobile operator in South Africa. It continues to increase its subscriber base and retain its number one position, for example 1.6 million active subscribers signed up in just the last quarter of 2017. According to Shameel Joosub, Vodacom Group CEO;


“Our strategy of sustained investment into our network and improving customer experience has delivered solid gains in customer numbers in South Africa, and driven growth in our International operations, resulting in stronger growth in group revenue of 6.7%. In South Africa, our customer base grew 14.4% to 41.6 million, contributing to the 6.2% increase in revenue, underpinned by a resilient pre-paid voice market and a highly successful summer campaign. During the quarter we delivered on our promise to reduce out-of-bundle data prices, evidence of our commitment to reduce the cost-to-communicate through our pricing transformation journey; this resulted in a 24.2% decline in effective data prices for the year.”

Vodacom said its network has now reached 77.6% 4G population coverage, while 3G covers 99.4% of the population.


According to OpenSignal Vodacom well exceeded their global benchmarks for 4G speed, Vodacom’s aggressive technological approach may be the reason it won at least a share of all six of OpenSignal’s awards in this report. Vodacom is also currently showing the most forward momentum when it comes to adopting new LTE techniques. It's now offering voice over LTE services as well as using more sophisticated smart antenna technologies (4x4 MIMO) and more complex modulation schemes (256 QAM).

Recently, Vodacom Group’s CTO Andries Delport said “When do we run out of spectrum? We have run out of spectrum.” That’s likely why Vodacom is pressuring regulators to give it access to the 800 MHz spectrum band, the low frequencies of which can travel further and are more effective for reaching customers indoors. Such spectrum would likely improve both 4G availability and network speeds in buildings. However, Delport also estimates that between 1,500 and 3,000 new cell sites would be needed to address network gaps in rural areas, so capital investment without additional spectrum is another potential solution to spurring South Africa's 4G progress.

Regarding the advent of 5G Vodacom, has signed a memorandum of understanding with Nokia in November 2017 to trial 5G to accelerate the launch of the new technology. Andries Delport stated

"We're committed to enhancing our network to cater for growing subscriber needs and provide excellent and quality network coverage for our 40 million customers in SA"In this regard, 5G forms part of our ambition to enhance customer satisfaction. The scale and timing of the deployment of 5G will be closely associated with the demand for such services and the availability of spectrum."

According to Delport, the first type of 5G network (non-standalone) standardisation is expected to be ratified by the end of March 2018, whereupon the device and network manufacturers will build equipment that complies therewith.
He believes the first network pilots are expected in the later part of 2018, with commercial launches in early 2019.

Vodacom intiative like Siyakha has reached 7.5 million people in its first year. Siyakha ('We are building') was launched in January 2017 and targets Vodacom's emerging prepaid segment. It aims to cut the cost to communicate for those who can least afford it, while increasing digital and social connectivity though mobile technology.
Vodacom believes that with the increase in unique mobile users in South Africa, mobile technology is by far the most effective channel to provide educational material to prepaid customers. In terms of zero-rated content, there are four pillars: social-connectivity, health, education and jobs. The first product to launch under the socio-connectivity pillar was zero-rated access to Facebook Flex, a limited version of the social network.
A year after its launch, Siyakha now has over 1 million customers using Facebook Flex on a regular basis and over 6 million overall subscribers. One of the big success stories of the platform is under the health category through an offering called Mum&Baby, Vodacom claims. Mabunda calls it the "jewel of Siyakha" and in a year, the platform has gained just under 1 million users.


No doubt Vodacom will continue its successes with such innovative and forward thinking initiatives.
Posted by Zaffareen Khan at 16:14