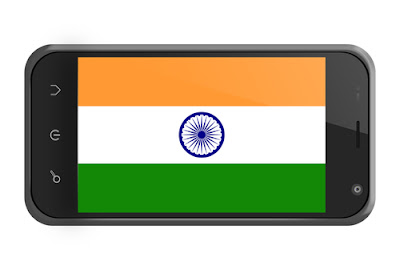 I have previously written about the disruption caused by Reliance Jio since its explosive entry into the Indian mobile market. This operator launched their 4G service in September 2016 and continues to go from strength to strength as it adds subscribers and reported a second consecutive quarterly profit and earnings of INR7.23 billion ($108 million) for its full financial year 2017-2018.

Its mobile subscriber base rose by 83 million year-on-year to take its total to 187 million at end-March 2018. ARPU dropped 11 per cent sequentially to INR137 in the January-March period. Average data consumption per user per month hit 9.7GB, which the company said was the highest in India and one of the highest in the world. Average video consumption per user per month was 13.8 hours.

“A full-blown social, mobile and digital revolution is underway across the world, and I am glad that India is not being left behind in any way. Everyone at Jio is today proud to have played a pivotal role in transforming the digital landscape of this country and empowering millions of Indians with all the leading digital tools and skills.”

He emphasized the strong financial results in a competitive market environment demonstrates the robustness of their business model.

According to Open Signal Jio continued to dominate the 4G availability metric as testers were able to access an LTE signal 96.4% of the time. Such a score is exceptional, reflecting Jio's commitment to build out a 4G-only network without 3G mobile data services to fall back on. What's more, Jio's impressive LTE reach is only improving, though incrementally. The last India report in October, measured Jio's 4G availability at 95.6%.


However the success of Jio has come at the expense of others especially the ill-fated Reliance Communications (RCom) owned by the junior Ambani brother Anil,  which is heading towards a complete exit from India’s mobile sector, ending its 16-year stay in the market. The operator is folding, with a debt load standing at roughly $7 billion.

After striking a deal to sell wireless assets to Reliance Jio in 2017, which was given the go-ahead by Indian courts within the past fortnight, the debt-ridden operator was expected to remain in the market with the creation of a “new Reliance Communications”, using its remaining fixed-line and wholesale assets to serve enterprise clients.

But, just as the company looks set to complete its sale to Jio and put its B2B plans in motion, reports suggest Ambani junior is now looking to sell RCom’s remaining enterprise and wholesale assets.

Ironically by acquiring RCom’s infrastructure and assets, which in effect saved RCom from insolvency, Jio is expected to step up the competition even further with market leader Bharti Airtel and the proposed Vodafone India, Idea Cellular joint entity.

Speaking to Mobile World Live, Satyajit Sinha, research analyst IoT and mobility at Counterpoint Research, described Jio’s entry into the Indian market as a “death knell for RCom”, but noted problems started long before Anil’s older brother Mukesh stormed the Indian market with reduced data and voice offers through Jio. According to Sinha:

“RCom’s main business model was dependent upon the CDMA technology well suited for voice services, but not so for advanced data services compared to the competition which were on the path to 4G. A lack of flexibility meant the transition from CDMA to GSM was not as smooth and was a setback as Reliance continued to lose subscribers to the likes of Vodafone, Idea and Airtel.”

Finally, Sinha noted a “lack of strategic network evolution vision in addition to a lack of scale has driven RCom to this stage”.

RCom’s situation could have been very different, had Anil been allowed to proceed with a merger with South Africa’s MTN almost nine years ago. However, Senior Ambani had blocked the deal. And nine years later, he has been on hand to put the final nail in the coffin of his brother’s mobile business, as part of a wider quest to seize market domination. Family rivalry in action.


Meanwhile, market leader Bharti Airtel reported a profit drop of 77.8 per cent in its fiscal Q4 2017, as the company continued to feel the effects of the Jio disruption/ increased competition in India which has led to an intense price war.

In an earnings statement for the quarter ending 31 March 2018, Gopal Vittal, MD and CEO of India and South Asia suggested poor performance was due to:

“below cost, artificially suppressed pricing. Industry revenues were further adversely impacted this quarter due to the reduction in international termination rates.”

The operator reported net income of INR830 million ($12.5 million), a sharp fall from INR3.73 billion in the same quarter year prior. Revenue dropped 10.5 per cent to INR196.34 billion from INR219.35 billion, which was attributed to the termination rate cuts.


Airtel’s profit drop is its largest in 15 years, Despite the decline, the operator’s mobile subscriber base grew 4.9 per cent to more than 304 million, contributing to an overall customer base of more than 413 million.

According to Open Signal Airtel demonstrated by far the biggest improvement in 4G reach, boosting its 4G availability by more than 9 percentage points to 66.8% in their measurements. But Airtel was also the furthest behind in this metric six months ago, so its recent surge in availability didn't propel it ahead of any of its competitors in the rankings.


Meanwhile Idea, an operator with a 17 per cent market share by subscribers, suffered a net loss of INR41.4 billion ($620 million) in the year to end-March, compared with an INR4.04 billion loss in fiscal 2017. Total revenue dropped 20.5 per cent year-on-year to INR283 billion.

Total mobile subscribers increased by 5 million year-on-year to 194.5 million at end-March.
Capex for the fiscal year hit INR70 billion, in line with its guidance. The operator added 45,000 3G and 4G sites to take the total to 155,000 at end-March.

The company is to due merge with Vodafone India and is in the final leg of regulatory approvals, expected to be completed in the first half of this year. The operators are already sharing about 49,000 mobile sites and plan to share fibre and points-of-presence in 220 cities.The merger, may well create a new market leader in India, however it is being speculated around 5,000 staff could be made redundant over the coming months as the companies prepare to reduce costs and streamline operations. Idea has about 11,000 employees: Vodafone India around 10,000.

“By next month, 5 Mhz in the 2100 Mhz band will come across 21 licensed service areas except for Rajasthan where we aim to launch 4G services on the 800 Mhz band radio waves,”

The state-driven telco is currently offering third-generation (3G) technology-based services on the 2100 Mhz band spectrum which it wants to further use optimally for 4G-based voice and data services. According to Shrivastava:

“By rolling out 4G with an additional five units in the 2100 Mhz band can also help in utilization of unused spectrum offering contiguity,”

Therefore they can offer 2G, 3G and 4G services concurrently.

Once more the disruptive foray of Reliance Jio in September 2016, on the back of freebies has led incumbents such as market-leader Bharti Airtel, Vodafone India and Idea Cellular to drastically cut per Gigabyte (GB) data cost or as low as Rs 5 per GB with virtually free voice calls across prepaid and postpaid platforms today.

So its seems market competition will get even fiercer.
Posted by Zaffareen Khan at 12:47