Vietnam on route to 5G 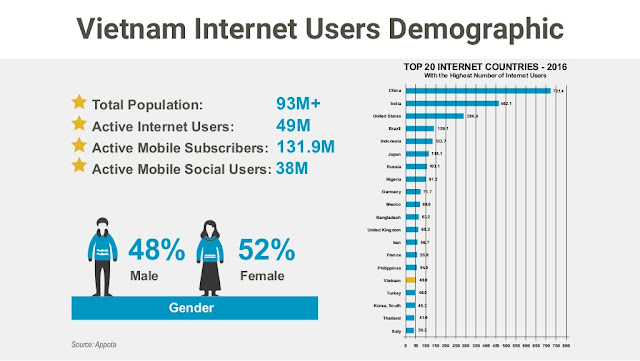 Vietnam is a fascinating country. Not just because of the stunning sights, sizzling beaches and sumptuous food for which the Rough Guides refer to it as magical, but also because of the mobile users.

Vietnam has a significant amount of young and middle-class consumer, along with high digital media consumption, as well as mobile gaming habit. Any enterprises who wish to tap into Vietnam should develop mobile-friendly websites, videos, pictures, apps, etc.

The Vietnamese are willing to try new apps, but at the same time, they have the highest uninstall rate among APAC markets. 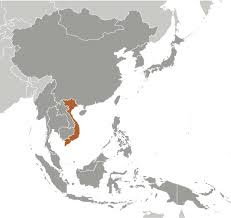 There are 4 major GSM network operators in Vietnam: Viettel, Vinaphone, Mobifone and Vietnamobile.

These four operators are tipped to receive licences to test 5G in January 2019. According to Nguyen Manh Hung, the country’s minister of Information and Communications:

“Vietnam should be among the first nations to launch 5G services in order to move up in global telecom rankings.” 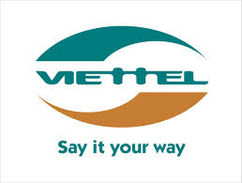 Viettel is owned by the Ministry of Defence and thus the Vietnamese army. It's the market leader in Vietnam with about 40% (66 million subscribers) of all customers on its network.

As prices don't differ so much between the 3 major operators, Viettel is usually the first choice when venturing into to rural areas.

Vittel plans to launch ultrafast 5G networks in 2021, a move expected to promote self-driving car systems and other cutting-edge services that depend on nearly instantaneous data communication. They have been working on 5G plans since 2015, and set up a research group for 5G technology and have mastered the software, core technology for 5G equipment, hardware design for high-frequency transmission and others. They intend to start making investments in infrastructure early next year and introduce the service first in big cities like Hanoi and Ho Chi Minh City.

Viettel already has the biggest telecom infrastructure, so the deployment will be quick.

For 5G, providers are ready with networks. The question is whether users are willing to use 5G and about the readiness of end-user equipment. When the market and end-user equipment are available, 5G deployment is very easy.

Vinaphone is the second operator in Vietnam. It's owned by the government through the Vietnam Posts and Telecommunications Group (VNPT). It has a market share of 30% and is the local partner of Vodafone. It gives a good coverage and speed throughout the country. 4G/LTE has been started on Phu Quoc island in 2016 and is now rolled out nationwide.


Vinaphone has installed more than 21,000 4G base transceiver stations (BTS) nationwide. This number will reach over 30,000 by 2019 to cover 4G VinaPhone service to 95% of Vietnamese population.


According to chairman Tran Manh Hung, Vinaphone are seeking permission from the Ministry of Information and Communications to beta test 5G. He said the test would help them master the technology and prepare to produce 5G equipment, adding Vinaphone is ready to provide 5G services as soon as it gets the ministry green light. Vinaphone has also partnered with Nokia on 5G development.

Mobifone is the 3rd provider in the country with a 18% market share. It's in the process of privatisation. Speeds and coverage may be good in the centers and around the coast, but can be patchy.


Mobifone's 4G started in 2016 in Hanoi, Da Nang and HCMC on 1800 and 2600 MHz (B3,7) and is open for prepaid without surcharge.Earlier this year signed they an agreement with Samsung Electronics for engineering and commercial cooperation on 4G and 5G networks.

Vietnamobile is the smallest of the 4 providers and the only one that is privately owned. It gives out the best prices in Vietnam and has a market share of around 10%.


In 2011 they started with 3G services in Ho Chi Minh City, Da Nang and Hanoi, but since then 3G coverage has been expanded to Ba Ria-Vung Tau, An Giang, Khanh Hoa, Binh Thuan, Dong Thap, Long An, Dong Nai, Thai Nguyen and Binh Duong. In 2017 it covers 90% of the population in all 63 cities and provinces by 3G, but overage is still lower as on the state-owned providers. 4G/LTE is going to start and is already advertised in 2018 started as they were awarded a licence to provide 4G/LTE services in 2017.

Vietnam’s telecom market was estimated at more than $16 billion in 2016, with the three state-owned providers, Viettel, MobiFone, and Vinaphone, accounting for 95 percent of the market.


While MobiFone and Vinaphone are on the list of state-owned companies slated for privatization by 2020, Viettel will remain in government hands.

Vietnam has a unique model of competition; state-owned enterprises have driven a high level of mobile access including in rural areas. The launch of LTE networks and then 5G technology will drive up even more demand for higher-speed broadband.

The following report from Appota makes an interesting reading