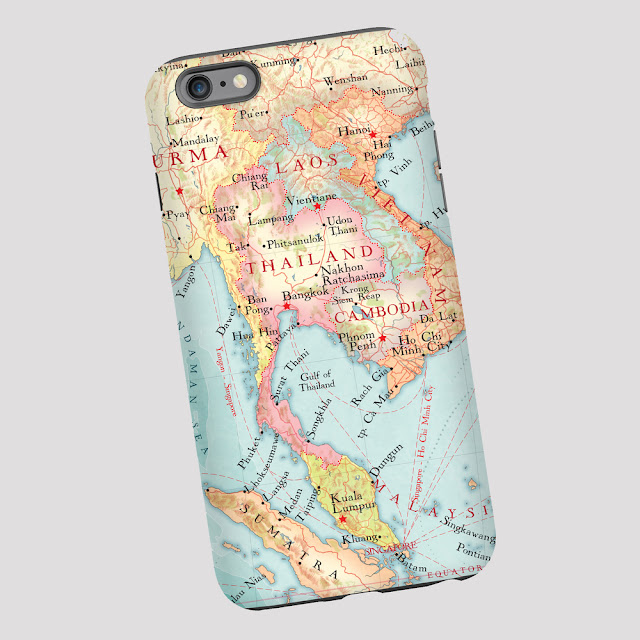 Thailand has a highly developed mobile market and has experienced strong growth over the last six years driven by increasing numbers of 4G mobile subscribers.However, growth has slowed over the past few years due to the heightened level of maturity. Very slow growth is predicted over the next four years to 2023 with annual growth rates further easing. The market will be constrained from higher growth due to a saturated mobile subscriber market and strong local competition.

There are 3 main Mobile Network Operators in Thailand, which hold about 97% market share.  In addition to the large 3, there are several smaller MVNO networks. 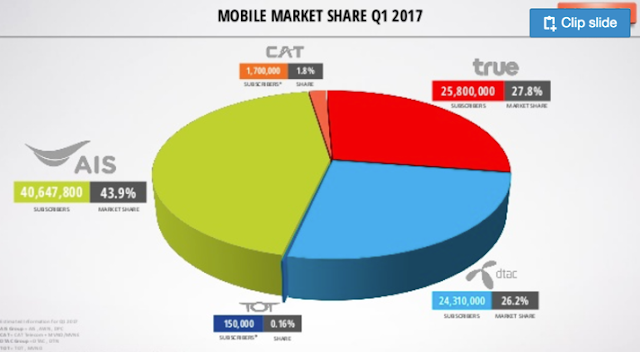 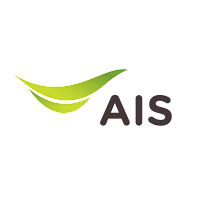 AIS was ranked in second place on which operator has the best 3G and 4G speeds, availability and latency, with 89.22 percent availability by Open Signal.

The market leader has been granted approval by the National Broadcasting and Telecommunications Commission of Thailand to trial 5G on the 26GHz band. They were to conducting testing at the end of 2018. Market leader AIS will conduct the tests in partnership with Nokia.

dtac is Thailand's 3rd largest network by the number of users. It's partly owned by Telenor group from Norway and is the network that owns the biggest wireless bandwidth in the country

They started 4G/LTE in 2014 on 2100 MHz (B1) in Bangkok only and has been expanded in 2015 to Phuket and Pattaya and another 40 cities nationwide: 4G coverage map. In 2015 4G/LTE was started in the metro Bangkok area mostly on the additional 1800 MHz (B3) frequency which is much more common internationally. In June, 2018 DTAC started offering 4G+ on the 2300 MHz frequency through a deal with Telecommunication of Thailand (ToT). This operator has still to apply to run 5G trials.

TrueMove is Thailand's 2nd largest network and the most heavily advertised. TrueMove is part of the larger True Corp. conglomerates, owned by CP Group which is the biggest retailer owning all 7-Eleven and Tesco stores in Thailand.

TrueMove will be undertaking 5G tests in partnership with Huawei.

My is a MVNO operated by CAT Telecom Public Company Ltd., the state-owned company that runs Thailand’s international telecommunications infrastructure, including its international gateways, satellite, and submarine cable network connections.

It's the 4th largest mobile network operator in Thailand and owns spectrum on the 850 Mhz frequency, rents it out to True Move. In return it can use 20% of the bandwidth for their own My by CAT operation. 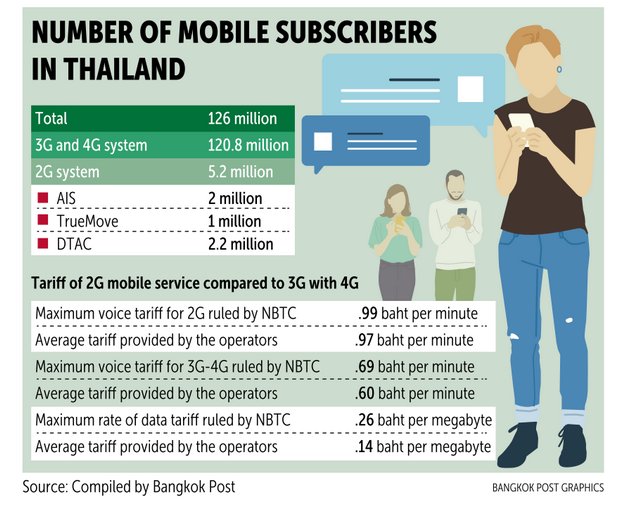 4G certainly changed people's lifestyles, but 5G is expected to have a bigger socioeconomic impact, transforming industries ranging from agriculture and manufacturing to healthcare and utilities. Regarding 5G: Thailand has to overcome some major obstacles in order to successfully transition to the next generation technology. For example the financial burden shouldered by telecom operators, including a combined cost of 270 billion baht for the previous 3G and 4G licences; how more spectrum bandwidth has to be allocated; and the telecom regulator's authority, as only an acting board now manages the National Broadcasting and Telecommunications Commission (NBTC).

The NBTC is encouraging all 5.2 million 2G subscribers to transfer to 3G and 4G systems. The telecom regulator is set to shut down the existing 2G network by October 2019 to give mobile operators more efficient network capacity this will help pave the way to 5G wireless broadband service by 2020. 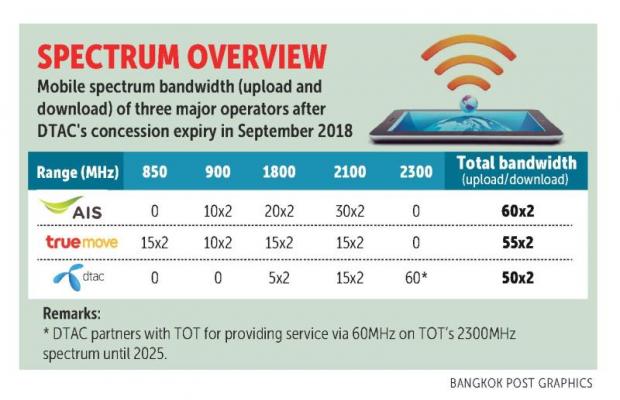 Because of 5G's improved speed, latency and connections, mobile operators must hold additional spectrum bandwidth of at least 100MHz (100x2) for upload and download for each service provider. Takorn Tantasith, secretary-general of the NBTC, said he is seriously concerned about "insufficient spectrum holding" by each operator, which would affect 5G ecosystem adoption.

After the most recent spectrum auction, AIS holds the most spectrum bandwidth, with a combined 60x2MHz, followed by True Move at 55x2MHz and DTAC at 50x2MHz. The NBTC is on the verge of recalling unused or not fully used spectrum ranges from holders to auction them off to serve 5G. 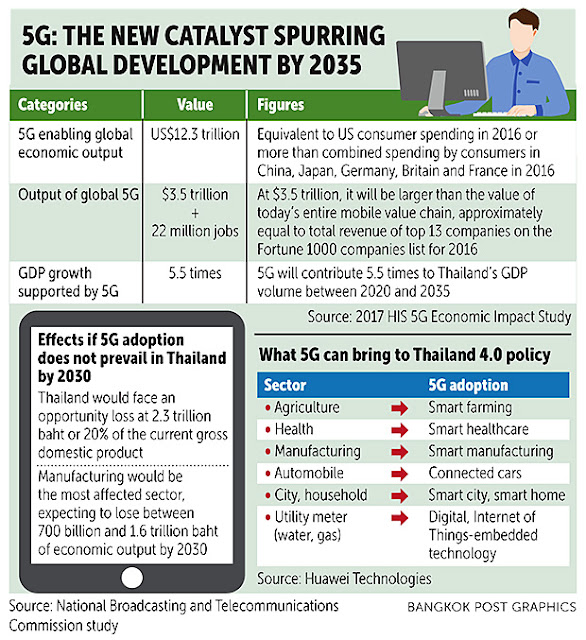 The three factors are real liberalisation of the telecom industry, good regulations and a spectrum allocation roadmap.

Liberalisation, would be allowing foreign stakeholders to hold more than a 50% stake in a company, will create healthier competition and eliminate chronic problems fostered by state-owned enterprises such as corruption and limited procurement transparency. While good policy design and regulations will help eliminate unfair competition among players and reduce high operating costs in some cases, according to Mr Somkiat.

However Mr Somkiat disagreed with the idea of providing assistance for AIS and True Move, the two winners of the 900MHz licence auction. He said they did not deserve state assistance because they bid up the prices by themselves. He also stated AIS and True Move operate mobile services with profit from operations and have the capability to pay the remaining sum of their 900MHz licences due in the next two years.