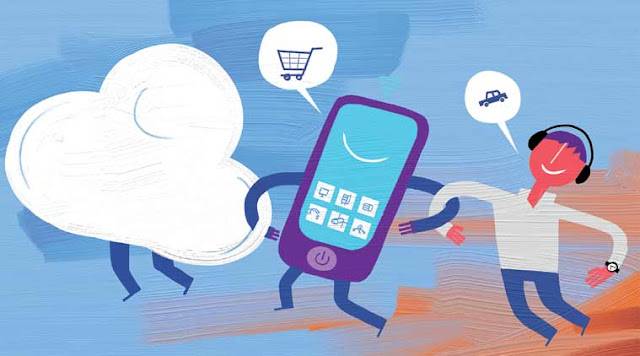 India, infamous for its abysmal internet connectivity, is in desperate need of a data upgrade. The government agrees and is implementing a roadmap for 5G. The aim is to deploy 5G services for consumers by 2020. The government set up a 22-member committee, chaired by telecom secretary Aruna Sundararajan, in September 2017 and tasked it with evaluating and approving road maps and action plans for the technology roll out. The panel, which has representations from the industry, government and academics, aims to develop a competitive product portfolio for 5G with an objective of targeting 50% of the Indian market and 10% of global market over the next seven years.Representatives from top internet service providers and telecom service providers, including Bharti Airtel Ltd’s chief executive Gopal Vittal, Reliance Jio’s managing director Sanjay Mashruwala, are part of the panel.

“I agree India has more at stake in IoT and 5G than any other country because we need to leapfrog to meet the aspirations of the young demography and democracy.We need to have core network and communications ecosystem that will facilitate 5G and IoT. We also need to get the rest of the ecosystem ready for the paradigm change."

India’s Department of Telecommunications (DoT) advised ISPs and mobile operators to vacate spectrum in the 3.3GHz to 3.4GHz band by end-September as the government prepares to auction off airwaves in the 5G candidate band, LiveMint reported.

Every sector including healthcare, agriculture, consumer retail, smart energy and transport will have to rethink their business models with the advent of these new technologies, she points out. Outlining India’s ambitions to position itself as not just as a consumer but a leader in 5G and IoT, Sundararajan says telecom service providers have already started rolling out pilots for 5G. Communication networks will be the first pillar of India’s 5G play.

The Roadmap may also provide an opportunity to the government to attempt afresh to sell certain airwaves that are ideally suited for 5G services. The Telecom Regulatory Authority of India, or Trai, in August 2017 floated a consultation paper inviting views on the next auction of various spectrum bands, including 3300-3400 MHz and 3400-3600 MHz spectrum bands that are suitable for 5G mobile services.

The 5G technology aims to deliver about 10 gigabits per second (Gbps) in urban areas and 1 Gbps in rural regions, according to Manoj Sinha, minister of state for communications. By comparison, the record speed for 4G is just around 1 Gbps—that, too, in a lab trial. In the field, Reliance Jio has the fastest 4G network at a mere 18 Mbps.

Bharti Airtel and  Huawei, have already successfully conducted India’s first 5G network trial in February 2018.  A user throughput of over 3 Gbps was achieved, with end-to-end network latency of approximately 1 msec. According to Huawei, this was the highest measured throughput for a mobile network in 3.5 GHz band with 100MHz bandwidth.

“This is a small but a very significant step in our journey towards 5G. The promise of 5G is endless. It will be a game changer and will change the way we live, work, and engage. We are moving quickly to begin collaboration towards 5G interoperability and development testing based on the 3GPP R15 standards.”

However according to Amresh Nandan, research director at advisory firm Gartner:

“Optimal quality, extreme flexibility, and cost efficiency of the 5G network…these will only develop gradually over time through the evolution of technology, architecture, and processes and information,” he said, estimating that “the real potential of 5G can only be realised post-2025.”


According to Livemint, BSNL and Nokia to sign pact on 5G, IoT applications

“After 4G, the future is 5G and IoT, which is useful in the concept such as smart cities... The MoU will help BSNL to draw a framework for transition from the current network to futuristic 5G network,” BSNL chairman Anupam Shrivastava told PTI.

The MoU, scheduled to be signed Tuesday at the Mobile World Congress, entails strategic cooperation for smooth network evolution and transition from 4G to 5G. It also involves joint 5G demonstration, use case development leveraging the benefits of high speed, low latency and IoT applications to meet growing demands of connected people and devices.

The pact also involves collaborative workshops to define a phased strategy for network evolution and transformation and the implications on business, technology and operations, he added.

Nokia will also work with BSNL by sharing 5G technology concepts, new product launches and innovations available in the public domain that demonstrate possibilities of 5G, and IoT for the Indian market, Shrivastava pointed out.

One final note. Indian Premier League or IPL, professional Twenty20 cricket league in India which is very well known throughout the cricketing world begins today. After getting inspired by 5G trials in South Korea, the Indian operators are planning to do some 5G trials as part of IPL 2018.

The first venue to go live with Airtel’s Massive MIMO deployment will be the Wankhede Stadium in Mumbai where the first match of the IPL will be played on April 7, 2018.


Airtel was the first mobile operator in India to commercially deploy Massive MIMO. Reliance Jio, Vodafone and Idea Cellular have already been piloting the technology in various circles.

What are your thoughts?
Posted by Zaffareen Khan at 10:01