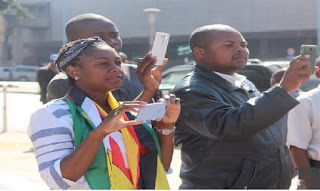 The Q3 2017 Telecoms report by the Postal and Telecommunications Regulatory Authority of Zimbabwe (Potraz) reported an increase in Zimbabwe’s mobile penetration rate from 97% in Q2 to 100.5% in Q3.

Econet Wireless is the market leader in the telecom and technology industries in Zimbabwe, boasting over 10 million connected customers according to this source, and offering the widest range of voice, data, content, media, as well as mobile money services.
Millions of Econet customers already use smart phones to access mobile data services, and when the company - which industry figures say has the widest 3G and 4G data networks - has been aggressively rolling out mobile and fixed Wifi hotspots in the major cities and towns. Its customers will now be expected to use its wide mobile data network and its Wifi hotspots to access the web self-care services.
Econet web selfcare, is referred to as the first "truly open network in the country" by Econet Chief Operating Officer Fayaz King, allow Econet customers to monitor their airtime and data usage anywhere and at any time.
Mr King elaborates:
"Customers will have the convenience of having direct access to their balances, being able to transfer airtime, check their call history, activate or deactivate content and value-added services, and be able to change their PUK (Pin Unlock Key) numbers on their own, without calling for assistance from Econet".
The service will compliment Econet's recent introduction of AI (Artificial Intelligence)-driven customer support.

The company recently launched a Chatbot called 'Bud-e', which carries out some of its customer services support via Econet's Facebook page, including assisting customers to install Internet and data settings, recover recharge keys from over-scratched recharge cards, reset EcoCash PIN requests, and carry out EcoCash transaction reversals, among other support functions. 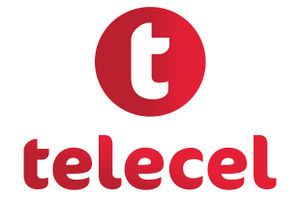 Telecel Zimbabwe is a telecommunications services provider with most of its services in the mobile cellular network services. The company is owned jointly by the Empowerment Corporation (40%) and Vimpelcom (60%), one of the largest telecoms companies in the world.
According to its website it has more than 1,750,000 active subscribers. They launched their first 4G LTE services last year, allowing them to compete with rival firms Econet Wireless and NetOne, both of which introduced 4G connectivity several years ago
CEO Angeline Vere commented: ‘As part of the plan we announced in May (2017), we have started to install LTE equipment in Harare, Bulawayo, Gweru and Mutare. This phase will be immediately followed by a country-wide deployment of this 4G technology.’ She added: ‘In addition to the LTE, Telecel will also be upgrading current sites as well as rolling out new 3G sites across the country.’

Telecel, which is 60% state-owned, controlled around 14% of Zimbabwe’s 13.2 million mobile users at the end of June 2017, according to TeleGeography’s GlobalComms Database. After several years of subscriber losses, partly due to uncertainty surrounding its ownership and licensing issues, the government is looking to turn the business around ahead of a possible sale.

Zimbabwe’s second largest operator by subscribers, state-owned NetOne, has signed a $71 million financing agreement with Chinese equipment vendor Huawei Technologies, supported by the China Exim Bank. The deal will enable NetOne to expand its mobile network into more rural areas,
NetOne grew its data market share by 6.5 percent in the last quarter of 2017, the latest Postal and Telecommunications Regulatory Authority (Potraz) report shows. According to the report, the State-owned NetOne is the only mobile telecommunications company that gained a market share of internet and data traffic. NetOne leveraged on growing mobile data usage in the country with its OneFusion offerings that were introduced in May last year. The One-Fusion initiative took the market by storm, offering on-net and off-net voice calls, international calls, messages, data, WhatsApp, Facebook and Twitter. "Demand for data and internet service has been consistently increasing," Potraz said in the report.
However Portraz later directed NetOne to compensate all subscribers who lost airtime on the Onefusion package over the weekend due to a faulty billing system.

In the past, subscribers have complained bitterly that Econet Wireless Zimbabwe was "robbing" them of voice airtime and data bundles. Nothing was publicly done to Econet, resulting in an exodus by subscribers to NetOne and Telecel.

NetOne, which has become the second largest mobile phone company with about 5,5 million by subscribers, was fiercely criticised by subscribers on social media platforms for the "disappearing" data bundles and voice airtime over the weekend.

Writing on its Facebook page, NetOne apologised for challenges it was facing, and claimed it was working flat out to address the problem.