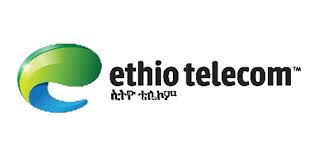 According to IT Web’s report with over 57 million mobile subscribers as at November 2017, Ethio Telecom had beat MTN Nigeria to become Africa’s largest in terms of its mobile customer base.

A sector expert was quoted to have said:

“Ethio Telecom of Ethiopia is now the largest mobile operator in Africa in terms of subscriptions, with 57.34 million mobile subscriptions at end-2Q17. Ethiopia is also one of the very few African countries that has not liberalised its telecoms market and introduced competition, so Ethio Telecom has a monopoly,”

An expansion drive costing over $1.6 billion in the last few years has contributed greatly to this success. According to a statement on their website:


"The expansion project has also significantly improved quality of services, with customers enjoying 3G wireless services by upgrading the 2G network across all regions covering all over the country; with also 4G LTE, super-fast services, launched in Addis Ababa. Over the past few years, Ethio Telecom has been transforming itself to meet its vision of becoming a world class operator and our journey so far shows we are on the right track.” 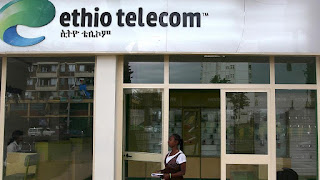 The company reports that 64.4 million of its customers are mobile phone subscribers, and 1.2 million are fixed line users. The company's internet service users have also reached 16 million. Ethiopia is Africa’s second most populous nation behind Nigeria and the numbers are believed to have played a significant part.

The other reason for this success is the strictly regulated economy of Ethiopia and the government til date has not liberalized the telecoms sector resulting in Ethio Telecom having a monopoly as the state-owned and only operator.

However the currently government under Prime Minister Abiy Ahmed is attempting to open up the economy and has announced plans split state-run monopoly Ethio Telecom in two and gradually sell shares in both entities to top telecoms companies in a bid to increase competition.The PM has said:

Under the plan, a total stake of between 30 per cent to 40 per cent in Ethio Telecom will be sold to operators, provided they are rated as top ten players globally.


The Ethiopian government also routinely cuts the internet mainly for political but also academic reasons.To forestall the leakage of key university entrance exams, the authorities blocked the internet in the past. Activists have slammed the government repeatedly for cutting off the internet because they wanted to control the spread of information and materials relating to anti-government protests and human rights abuse.

A more privatized sector and less governmental interference will hopefully prevent this.

Both MTN and Vodacom see potential for growth in the Ethiopian market. An MTN spokesperson states:

"MTN has long held the view that Ethiopia offers great opportunities for growth, both for the people of Ethiopia and for the businesses that could serve them, through the liberalisation of the telecommunication market in that country. MTN is excited by the potential opening up of the Ethiopian market as it would be a natural fit for MTN's existing and extensive Pan-African footprint. MTN's licence to provide value-added services in Ethiopia was recently renewed and we continue to maintain an office in Addis Ababa. Ethiopia presents many exciting telecommunication opportunities and we look forward to further discussions with that nation's authorities on potential partnerships and opportunities."

MTN operates in 22 countries across Africa and the Middle East, and Vodacom operates in five African nations.

While Vodacom have said:


"Ethiopia is an attractive market so it follows that there would be interest. Naturally, this is dependent on what might become available and if it fits within our investment parameters."

However PM Ahmed Abiy also clarified the conditions for selling shares in the state telco:

Ethiopians will be offered 5% in the new companies, and between 30% and 40% will be sold to telecoms operators that are top-10 players globally. There’ll be at least a year or two of “intensive study”, he said in televised comments.
Posted by Zaffareen Khan at 18:04