5G Development and Progress in Singapore 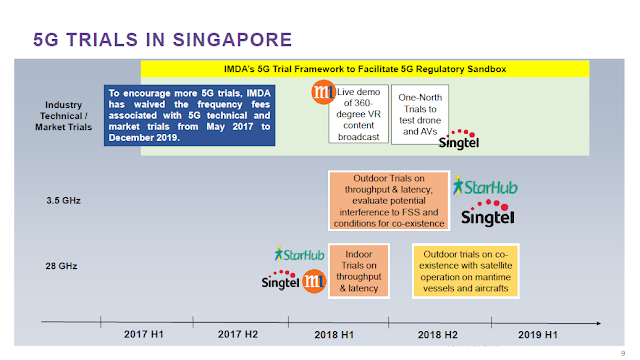 To encourage 5G testing and development in Singapore, IMDA has waived any fees associated with spectrum during the trials. It is also doing co-existence trials with other stakeholders and spectrum in the 3.5GHz and 28GHz bands.


A recent whitepaper from @Keysight points out that the 5G Uplink transmission in 3.5 GHz band might significantly interfere with 4G in the 1.8 GHz band in downlink direction. Maybe bad news, especially in Europe, where these are heavily used. https://t.co/yz3tjuo8kI pic.twitter.com/chCbtbzyOn
— 3G4G (@3g4gUK) October 15, 2018 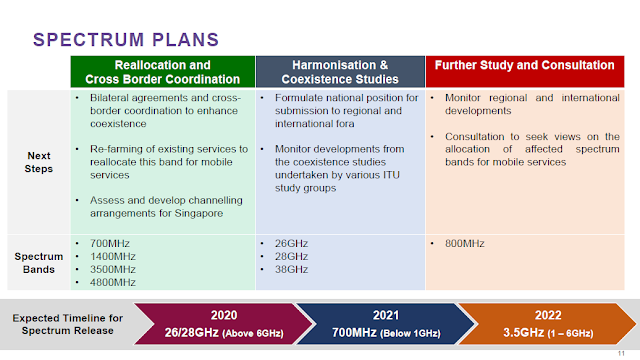 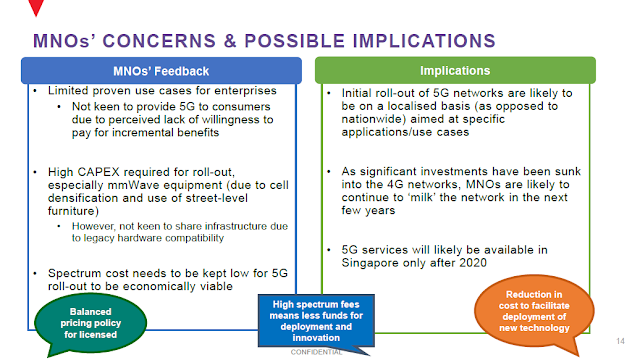 The operators in Singapore (M1, Singtel, Starhub) have similar concerns to operators elsewhere. How do you recover the investments in LTE before investing further into 5G? What are the killer use cases for 5G that will be a source for additional new revenue? 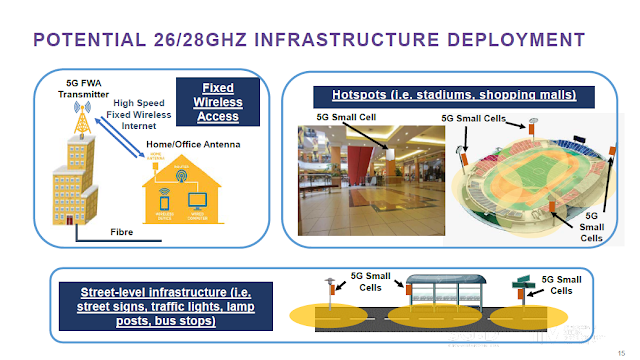 5G small cells are foreseen to play a big role in the mmWave spectrum for providing high throughput in low-mobility scenarios. Fixed Wireless Access (FWA) is another technology being trialed. FWA is going to be an interesting use case because Fiber to the home and premises (FTTH/FTTP) is easily available there with speeds upto 10 Gbps.

Back in July, Singtel announced that it will launch by the fourth quarter of this year Singapore’s first 5G pilot network at one-north, the country’s science, business and IT hub along with Ericsson. The pilot network can deliver 5G coverage with enhanced Mobile Broadband (eMBB) speed and low latency communications.


"Singtel and Ericsson are planning drone and autonomous vehicle trials on their 5G pilot network later this year at one-north and other designated areas. Enterprises can use the network to develop new 5G use cases and tap the business potential of 5G."


M1 is working with Huawei & Nokia for 5G. First announcement with Huawei


The next announcement with Nokia, a day later.

Leveraging on M1’s engineering experience in deploying an extensive 4.5G Heterogeneous Network (HetNet) at traffic hotspots throughout Singapore, this 5G small cell trial marks another important milestone in M1 and Nokia’s joint efforts in staying at the forefront of the  latest technology developments. The findings from this live trial will provide valuable practical learnings for the commercial deployment of 5G small cells in a dense cell grid architecture and operating at very high 5G frequency bands.


Starhub upgraded their LTE network to Gigabit LTE (4.5G or LTE-A Pro) back in April. It has announced that it will be switching on limited 5G by the end of the year.

Other operators from Southeast Asia a keenly watching 5G developments in Singapore to decide their way forward.
Posted by Zahid Ghadialy at 10:41