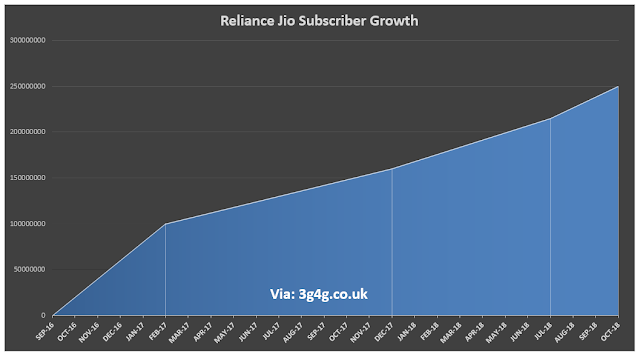 Reliance Jio announced last week that it has crossed 250,000,000 subscribers. The following are some of the highlights from the announcement (emphasis mine):

I blogged about Jio phone 2 earlier here. JioPhone (1) and JioPhone2 are both feature phones based on KaiOS. In fact I tweeted back in May that Jio has become a leader in feature phones.

According to Telecomtalk, it is widely expected that my March 2020, Reliance Jio will have over 400 million subscribers and over 150 million JioPhone users.

Finally, Communications Today has some interesting charts from Bloomberg. I am going to use one chart below to show how data prices have plummeted in India which is responsible for major uptake of data services. 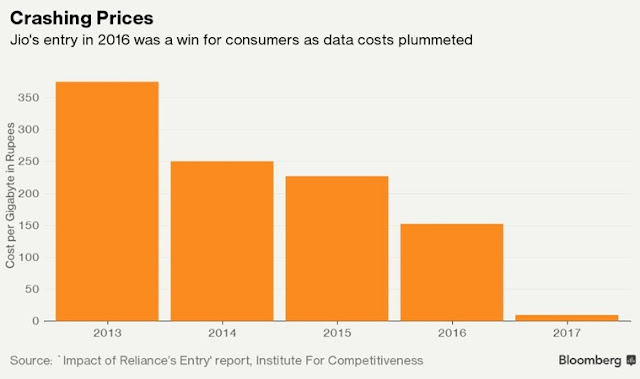