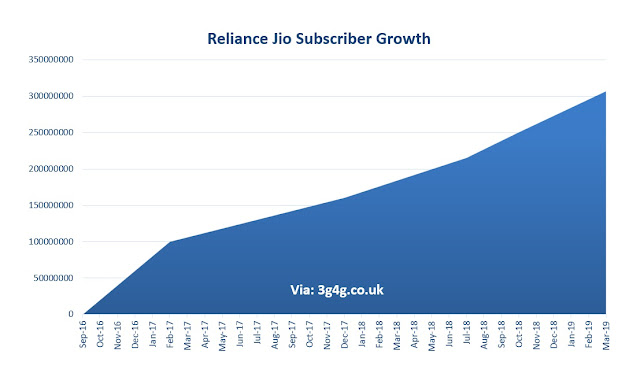 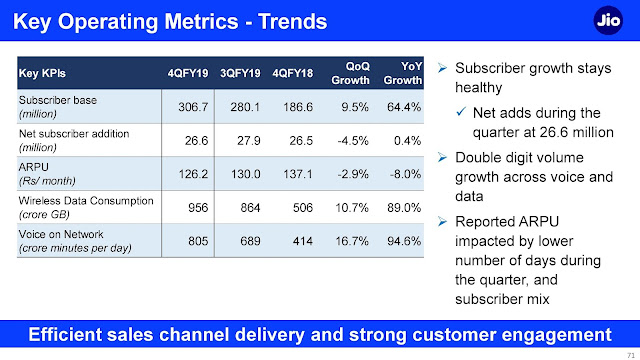 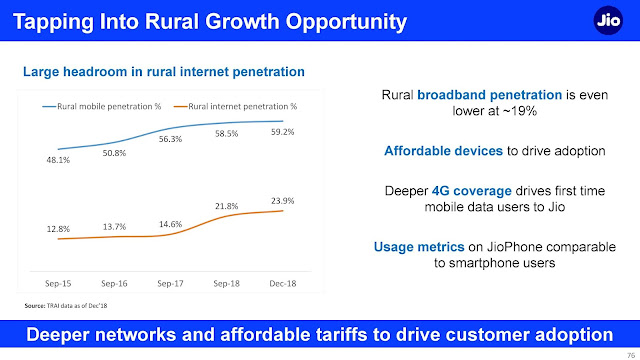 One of the strategies that Jio has adopted is to bring connectivity to even the most remote locations. In a way they are forced to do this as they do not have legacy networks and rely on VoLTE for voice. VoLTE only works reliably with a proper 4G coverage. 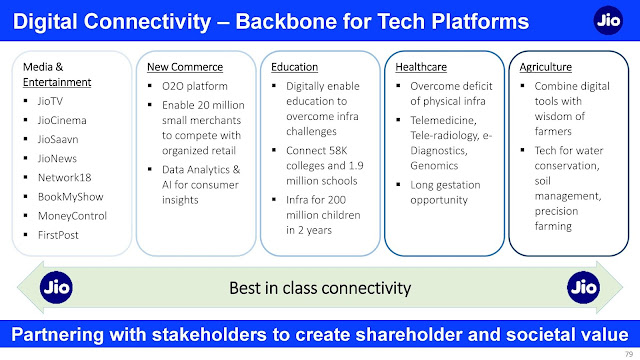 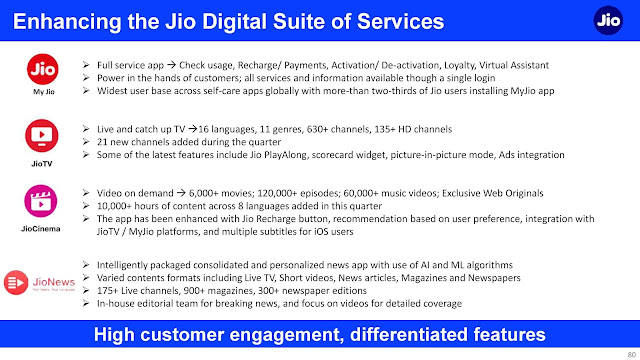 In addition to providing voice & data, Jio is bringing unique Apps for not just keeping customers updated and in-control of their package, service and spending but also entertainment which is a must have nowadays for any service to succeed. Smart feature phones using KaiOS is letting them bring new users who are too reluctant to transition to smartphones.

The story of Jio's network expansion is remarkable. Jio has been a fully-fledged 4G operator for less than three years, but has completely disrupted the market with its rapid network rollout and unlimited data plans. In our first report on the India market two years ago, Jio scored an outstanding 91.5% 4G Availability. Six months later the operator had passed the 95% mark, and its score has been steadily growing ever since.

To put this in context, Jio's winning 4G Availability score of 97.5% is the highest we have ever recorded at country level in any of our reports. In the U.S., two operators have scored over 90%, while in Taiwan four are over this mark — but none in either market have yet passed 95%. Even in the Netherlands, arguably Europe's most advanced mobile market, all the operators have 4G Availability scores over 90%, but only one has passed 95% — and only just, reaching 95.2% — while Japan has two operators over this benchmark. In a country with the sheer geographical size and population base of India, where the landscape ranges from huge cities to high mountains and vast agricultural plains, Jio's achievement of reaching 97.5% 4G Availability in such a short time is truly astonishing.

Jio has themselves committed to achieve all-IP 4G LTE network population coverage of 99% shortly. We will wait and see when this will happen but in the meantime, Reliance Jio has plenty to celebrate.
Posted by Zahid Ghadialy at 19:05