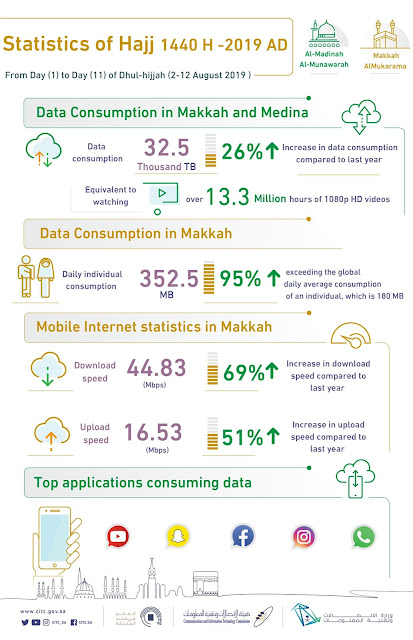 The Saudi Arabian Communications and Information Technology Commission (CITC) has released the statistics for mobile data & voice calls from Hajj this year. While the majority of activity is centered around Makkah (Mecca), Medina (Madinah) becomes highly active too. To give an idea of why this is important, see this picture below 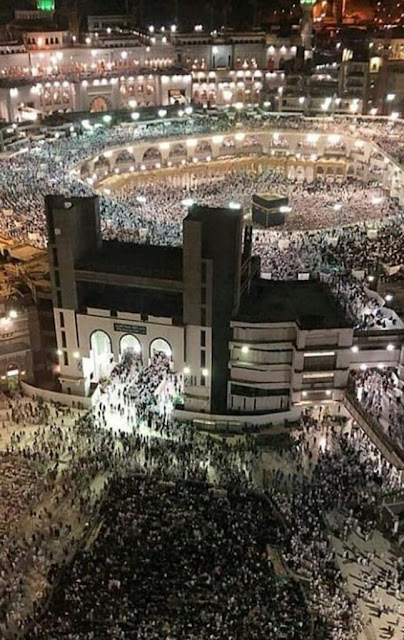 The city of Makkah is always full of people but during Hajj time, around 4-5 million people gather in a small area. This is the most challenging network deployment because people are always on their smartphones, talking, live streaming, video calling, etc. There is also no end time. This continues generally round the clock. 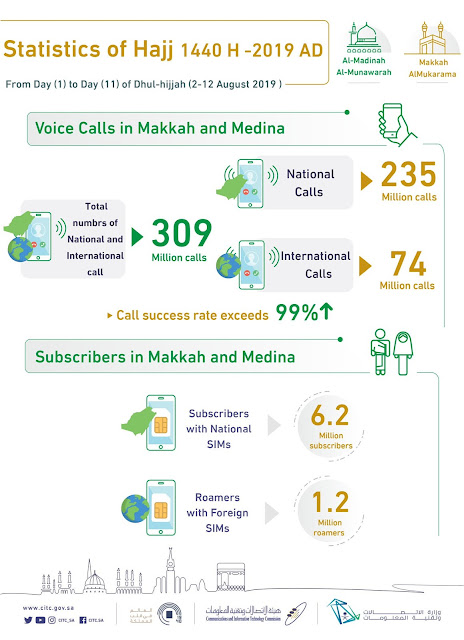 Here is the summary of stats from CITC announcement:

The use of Information and Communication Technology  services (ICT), during this season of Hajj 1440-2019, witnessed  a significant rise; the average number of subscribers reached nearly 7.4million per day, the number of voice calls exceeded 309 million hours, and the total data consumption during the entire season exceeded 30.2 thousand terabyte, with a rise  of 26% compared to last year, according the statistics issued by CITC about the ICT services consumed in Makkah Almukarramah, Al Madinah Almunawarah and Holy sites throughout Hajj season 1440-2019.

In an earlier announcement CITC had said:

Note that the two pics above are from CITC tweet below.