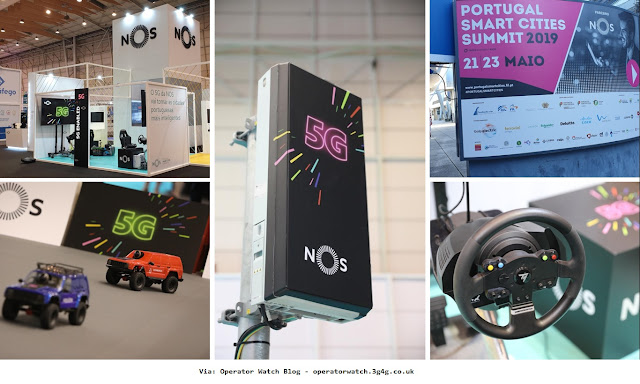 NOS announces today the company's solutions to meet the challenges of digital transformation of cities and marks the event with the first demonstration supported in 5G Second, Manuel Ramalho Eanes, executive director of NOS: "With the NOS tomorrow's super cities are already being built today. All the partnerships we have been doing (...) aim to leave the municipalities already prepared for the potential of the new mobile generation. The 5G will be a key enabler in building 5.0 partnerships, where machines will be at the service of citizens. "

According to Telecom Paper:

Portuguese operator Nos is conducting a live 5G demonstration at the Portugal Smart Cities Summit in partnership with Huawei. The demo is focused on remote driving of vehicles, simulating a safety and emergency situation.

Nos said the demonstration will show the difference the new generation of mobile communications brings in terms of response time (latency). It will also illustrate the application of technology in the field of safety in the community, with a view to future response capacity and autonomy of emergency prevention and combat services. In order to conduct the 5G demo, Nos requested from Anacom spectrum in the 3.5 GHz band. 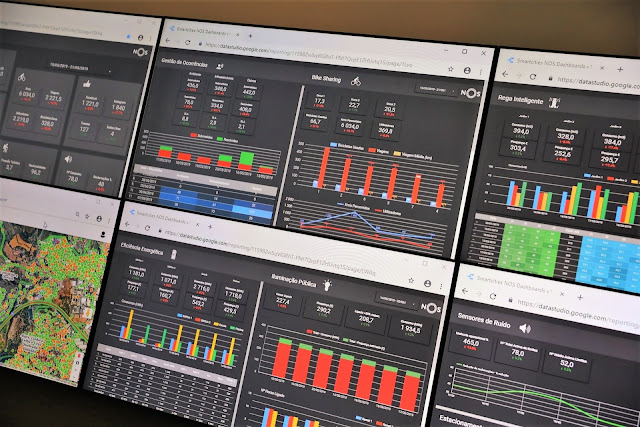 It was a simulation of an emergency situation where vehicles had to be action “from a distance”.

Various reports have explained how NOS regularly tests its developing technology and has “absolute faith” in its Huawei partners.

“International concerns” are not going to do away with 18 months of work and investment within the company, said Ramalho Eanes, stressing that aside from its partnership with Huawei, NOS is “working with Nokia to ensure the availability to the Portuguese market of 5G masts and technology”.

Yesterday’s test event involved a Huawei mast being installed at the corner of FIL’s Pavilion 1.

“In the middle of the pavilion were two driving simulators with virtual reality goggles”, explains Observador.

Operators were able to show how, with 5G, its possible to control emergency vehicles, like fire engines, from a distance.

Granted, the speeds at which these vehicles travel do not exceed 20 km/ h yet, but the advantages, in terms of removing the risks to humans in hostile environments were highlighted.

NOS is not revealing for now how much it has invested in 5G, but Ramalho Eanes stressed the company’s commitment to rolling out the network in partnership with Huawei.

According to Algarve for explorers:

Portugal on the Smart Cities Summit in Lisbon NOS is in the process of being presented in five major themed areas: the environment, energy, waste, mobility and security. Installed in the data centers of the communication group's solutions are already being implemented in test communities, according to NOS. According to these figures, in the areas of energy efficiency in buildings, smart street lighting, remote management of water supply networks, weather-dependent irrigation in parks and gardens, waste management, smart parking, vehicle fleet management, reporting and event organization.

During the three-day event in Lisbon NOS representatives wanted to discuss the issue of cyber security and resource efficiency and other issues, according to the press release. Since Huawei's participation is likely to be one of the hotter iron.