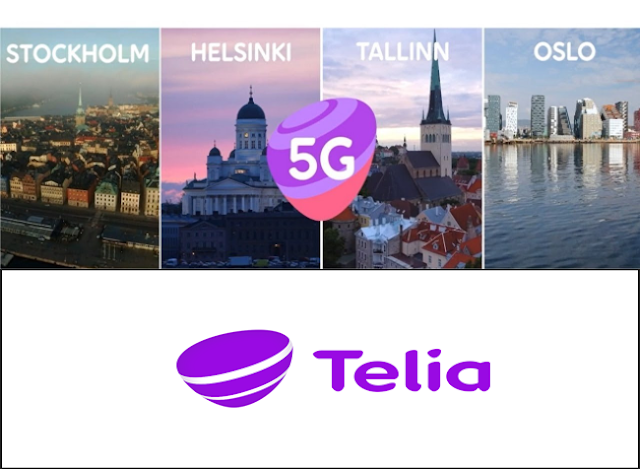 Telia is without doubt the leading European operator on 5G. They have partnered with Nokia among others for the introduction of 5G in Scandinavian countries like Finland and Sweden.

Telia' s 5G network which operates on test frequencies issued by the Finnish Communications Regulatory Authority was launched on September 2018. However 5G growth is of course dependent on availability of standard-compliant 5G devices, like modems, tablets and mobile phones by terminal manufacturers.


Here we are looking at some of Telia's innovative and exciting collaborations, bringing 5G technology to the daily lives of people in Scandinavia. 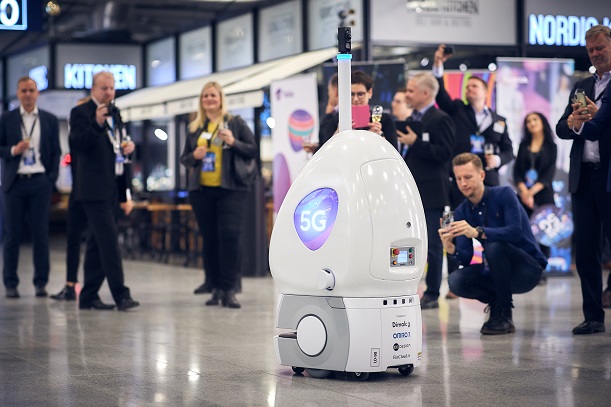 One such initiative is the autonomous robot that will help carry out service tasks at Helsinki Airport after being connected to Telia Company's third 5G network in Finland. The robot, yet to be named, will oversee airport operations and also study the flow of passengers through the T2 terminal.

Telia and airport operator Finavia, which is Telia's first 5G customer, will research how staff and passengers react to the robot through real-time video feeds.  The robot will be connected to a Nokia 5G base station operating in the 28GHz band. This will be the first time in Finland that millimetre waves have been used publicly and Finavia is Telia's first 5G customer.

"5G will start with enterprise customers, especially for industrial automation and remote control. The low-latency connection and massive capacity of 5G will serve the airport well with its masses of passengers and data, and with the focus on security and fluency of services."

"The robot can deliver real-time video stream from the terminal and enable for example monitoring the terminal area through remote or autonomous control and see that everything is running as it should. The robot can also guide passengers in the terminal, and we aim to try different use cases during the project." 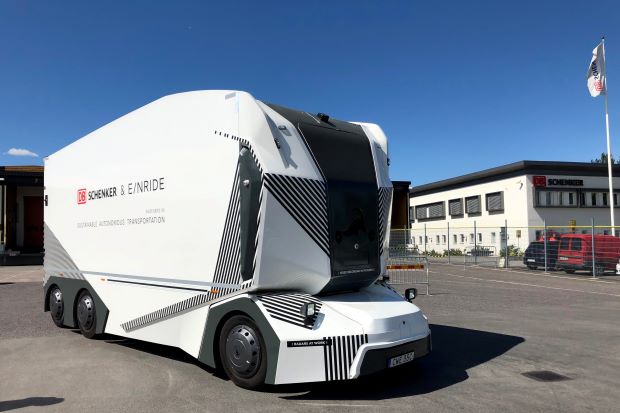 Another project has been this driverless electric truck which has began daily freight deliveries on a public road in Sweden on May 15 2019, in what developer Einride and logistics customer DB Schenker described as a world first.

Einride's T-Pod is 26 tonnes when full and does not have a driver cabin, which it estimates reduces road freight operating costs by around 60% versus a diesel truck with a driver.

Besides Schenker, Einride has orders from German grocer Lidl, Swedish delivery company Svenska Retursystem and five Fortune 500 retail companies, underpinning its ambition to have 200 vehicles in operation by the end of 2020. Freight operators are under pressure to reduce delivery times, cut emissions and face a growing shortage of drivers.

The T-Pod has permission to make short trips – between a warehouse and a terminal – on a public road in an industrial area in Jonkoping, central Sweden, at up to 5 km/hr, documents from the transport authority show.

Robert Falck, the CEO of Swedish startup Einride, said the company was in partnership talks with major suppliers to help scale production and deliver orders, and the firm did not rule out future tie-ups with large truckmakers. Falck said Einride would apply next year for more public route permits and was planning to expand in the United States.

The T-Pod is level 4 autonomous, the second highest category, and uses a Nvidia Drive platform to process visual data in real time. An operator, sitting miles away, can supervise and control up to 10 vehicles at once.

However they are constrained by the rollout of 5G technology, vital for electrification, this was lagging. For Schenker's pilot with Einride, Ericsson and Telia had to construct two new towers.

Nokia’s 5G networking equipment is also involved with Telia in the development of self-driving vehicles. Nokia has been working for some time on LTE based car communications and is a member of the 5G Automotive Association (5GAA), a strong proponent of 3GPP’s cellular-based technology called “cellular vehicle to everything” (C-V2X). This will enable the wide variety of communications that will be needed for the autonomous cars to run freely in our cities.

Nokia is busy not only with the creation of phones but also new 5G radios and software but with some other quite useful technologies.  Nokia has been testing together with Telia, and a company Sensible 4, a self-driving vehicle called Juto. Finnish people will know know that Juto is a word for a reindeer who always finds its way to home despite the weather condition. That word is an appropriate name for the self-driving vehicle that uses the 5G network to communicate with Nokia command center in real time.Nokia is doing tests with Juto on the streets of Espoo, and may expand to other cities in Finland. 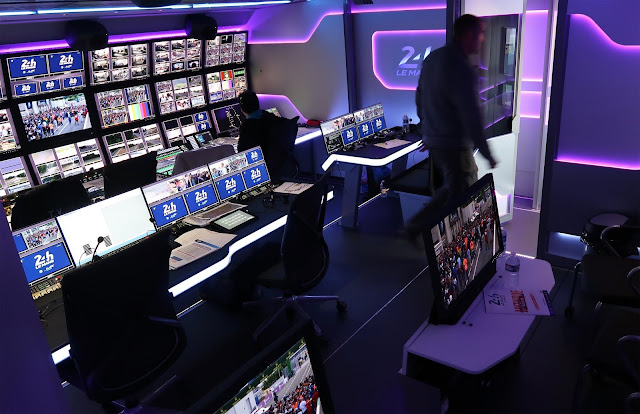 Telia has also partnered with Odeon in the development of the 5G cinema: so that big and little screens can share the same streaming technology.  Odeon is now operating the world’s first 5G movie theater, displaying films that have been transferred over a live 5G network.

As Odeon told ZDNet, the theater has found that livestreaming of theatrical films “works excellently” over 5G, though Odeon is largely using 5G to transfer the films to its own servers for repeated playback.

The distinction is critically important as it demonstrates that responsive, high-bandwidth 5G wireless could be a viable alternative to local storage, even in commercial settings where buffering or audiovisual degradation would be problems for hundreds of viewers at once. While 4G LTE networks may struggle to maintain fluid 720p video streams, theatrical films typically run at 4K or greater resolutions with far less compression.

Livestreaming 4K or higher-quality video at respectable frame rates is incredibly bandwidth-intensive, but Telia’s 5G network is up to the task. In its Odeon tests, Telia is achieving 2.2Gbps speeds, between 5 and 20 times the bandwidth of typical consumer 4G networks, and faster than the theater’s wired internet lines. That’s enough to let the cinema’s 5G hardware address its own downloading needs, as well as offering guest Wi-Fi access inside the building.

There are also positive implications for the speed of video distribution. In the past, theaters received physical reels of film that needed to be manually loaded into projectors for viewing, then rewound for subsequent playback, a process that was more recently replaced by less time- and space-consuming digital film distribution. With 5G, distribution can be instantaneous: Telia’s and Odeon’s observed 7-8 millisecond network response times are around one-fifth of 4G’s latency, which could allow theatergoers to participate in real time with live concerts or other events broadcast from remote locations.

Telia's 5G test network in Oslo has also made it possible to explore opportunities for individuals and families as well. At the home of a family of five, Telia and Get have set up what might be Norway's most modern home. The house has been filled with smart solutions from Futurehome, for example, accessing the latest entertainment from Get - all connected to the network through the 5G pilot.

“The family gets an easier, safer and more enjoyable everyday life. We like to call it everyday magic," says Torbjørn Aamodt, Product Director at Get and future head of Telia Consumer Home.


"This family is far ahead of the rest of us, with a home filled with clever things connected through 5G. It is something the rest of us will not experience for several years, but it's really fun to see what we will get with the latest technology.”

Moreover, industrial applications of 5G will be one of the most important drivers for development and commercialization. One of the industries that will benefit greatly from the new technology is the construction industry. Telia cooperates with AF Group Bispevika, which will be one of the first to test 5G on one of its housing development projects. ¨

Telia Norway will contribute with mobile technology to help realize the ambitions of a site filled with sensors, phones, robots, artificial intelligence and expanded reality (AR)

According to Lars Petter Fritzsønn, Project Director of AF Byggfornyelse:


"The AF Group project in Bispevika is a lighthouse project and we are pleased to be among the first to use 5G. Today, efficient work processes at such a construction site are challenging, if the infrastructure is not yet available.”​

We look forward to following the progress of all these groundbreaking projects. What other Telia projects have you heard of?
Posted by Zaffareen Khan at 08:05