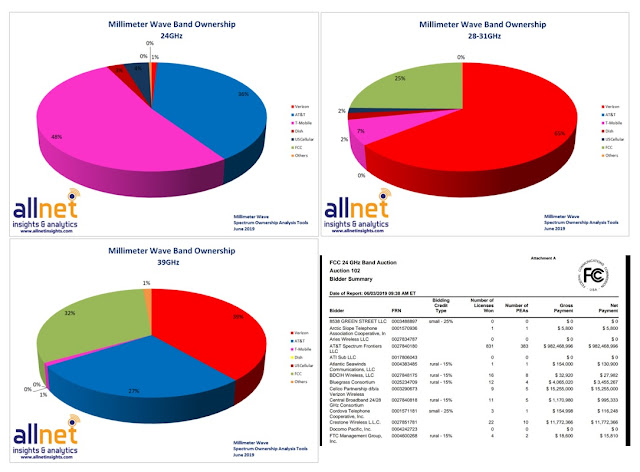 The federal government’s latest auction of airwave rights that can be used for super-fast 5G mobile phone service brought in only $2.7 billion, a fraction of the amounts raised in earlier sales for 3G and 4G airwaves.

AT&T and T-Mobile were the top bidders, with each spending almost $1 billion for rights in the 24 GHz and 28 GHz bands, the Federal Communications Commission said on Monday. Verizon, which already owned a considerable amount of airwaves in the 28 GHz band before the auction, spent $521 million.

The total was far less than the $20 billion to $45 billion that the wireless industry spent each at auctions over the past decade covering airwaves in the 600 MHz, 700 MHz, and 1700 MHz bands. Sometimes referred to as the millimeter wave bands, the high frequency airwaves sold at the latest auction can carry a tremendous amount of data, but they don’t travel nearly as far as lower frequency bands and can be blocked easily by buildings and trees. 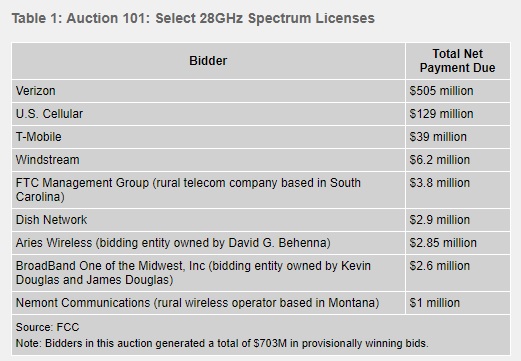 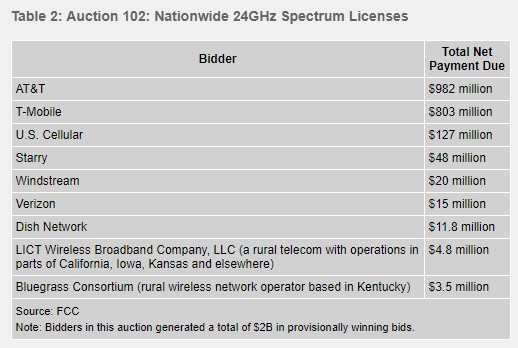 Pie charts at the top from Allnet Blog post here.