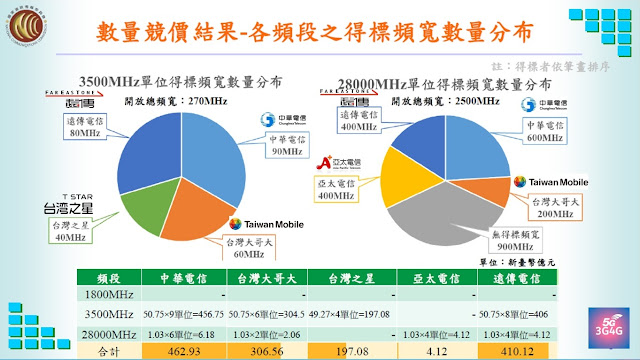 The Taiwanese Regulator National Communications and Communications Commission (NCC) reported that the 5G first wave of mobile broadband services in the first phase of quantity bidding ends today (16 Jan 2020), the total bid price of each band reached NT $ 138.081 billion. The official report is available here with the PDF of all details here (in Chinese)

All five mobile operators in Taiwan spent a total of TWD138 billion ($4.6 billion) securing 5G spectrum, with the protracted sale registering as the third-priciest auction for the technology in the world, Taipei Times reported, citing figures from the regulator.

Taiwan’s government forecast the sale to generate about TWD44 billion. The price per 10MHz block of 3.5GHz spectrum reached TWD5.075 billion, which the National Communications Commission (NCC) said was a world record. 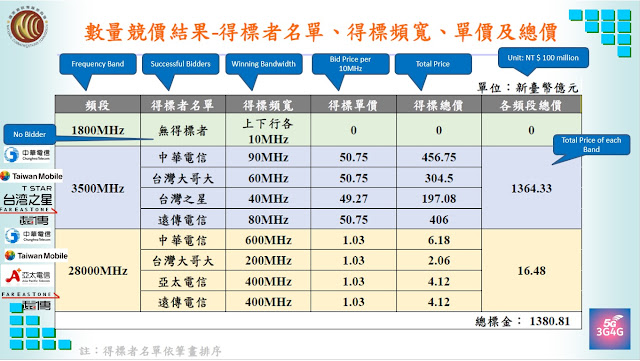 Market leader Chunghwa Telecom paid TWD45.7 billion for 90MHz in the 3.5GHz band and TWD618 million for 600MHz of 28GHz spectrum. It plans to launch 5G services in July, the newspaper wrote.

Asia Pacific Telecom, the smallest operator with a 7 per cent market share by subscribers, pulled out of the 3.5GHz sale after initially bidding, but paid TWD412 million for 40MHz of 28GHz spectrum. It said it would look to cooperate with other operators. 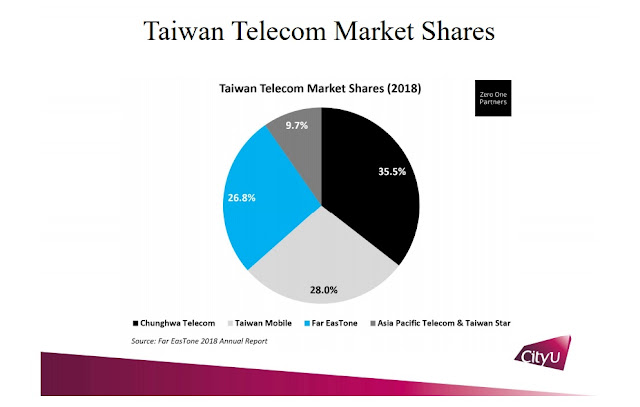 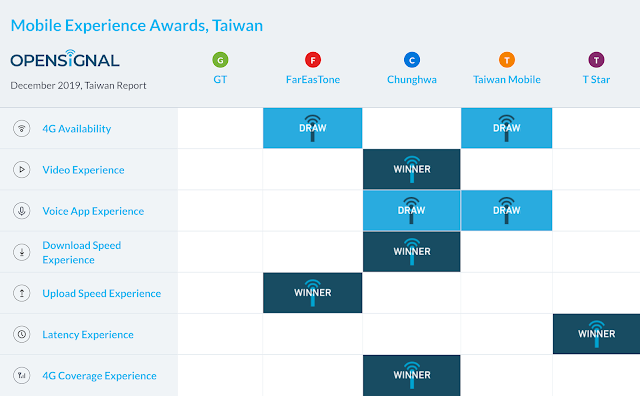 OpenSignal did a detailed analysis of Taiwan just last month (Dec 2019), available here. As you can see, the real competition is between Chunghwa, FarEasTone & Taiwan Mobile. 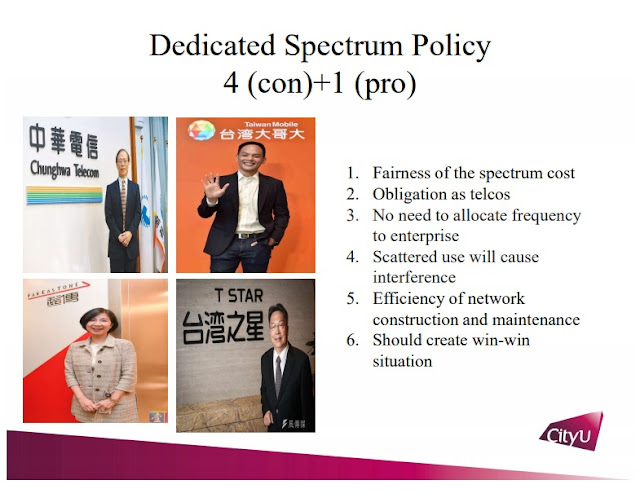 The current spectrum policy applicable to the main operators can be seen above. 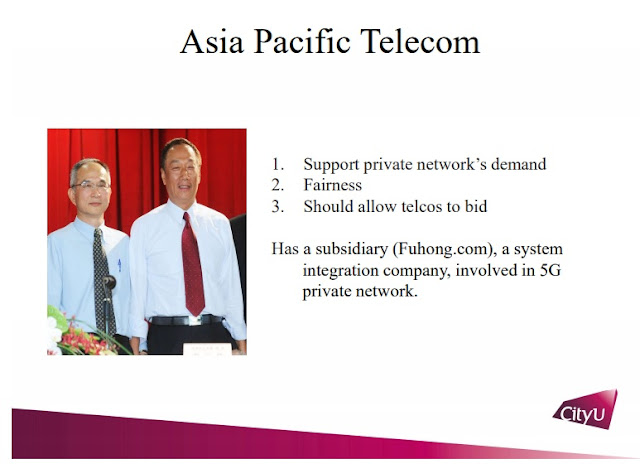 On the other hand, Asia Pacific Telecom (a.k.a. GT) supports private networks and has a subsidiary, a system integration company, involved in 5G private networks. Considering that they only won 400 MHz in 28 GHz band, this may well be their game plan. We will have to wait and see.
Posted by Zahid Ghadialy at 07:35