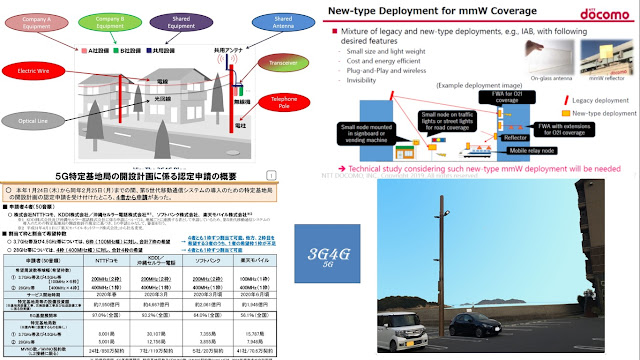 Japan has started exploring different approaches for Infrastructure Sharing. Earlier I wrote about Infrastructure Sharing over Electric Power Infrastructure. TEPCO (Tokyo Electric Power COmpany) Power Grid, Incorporated, KDDI CORPORATION, SoftBank Corp. and Rakuten Mobile Network, Inc. announced that the four companies have reached an agreement to collaborate on trials of base station site and equipment sharing utilizing TEPCO PG’s utility poles and other electric power infrastructure, ahead of the introduction of 5th generation mobile communications systems (5G) in Japan. The trials are due to be begin in the first half of FY2019.


So Japanese Networks are:

We have written earlier about the Japanese Market, the new entrant Rakuten that is transitioning from MVNO to MNO and 5G Spectrum Allocation. After the 5G Spectrum allocations were over, last month, Japanese Cabinet approved a project to install 5G wireless relay devices, to support the provision of 5G services, on traffic signals across the country. The government is allowing 208,000 traffic signals to be used to deploy the new 5G equipment, expecting to the network installation to be complete by the end of March 2026. In addition, the government also plans to upgrade the traffic lights with communication functions that allow them to collect and share more traffic data. 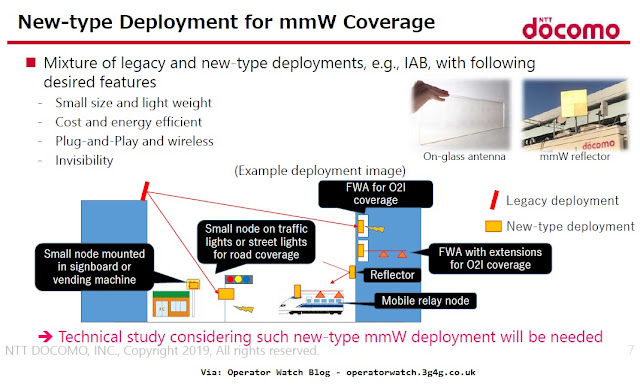 Regarding the relays, I am assuming something similar to Type 1a/1b, see here. NTT Docomo has been trying our a lot of innovation including small cells (probably relay) on traffic lights, reflectors and even mobile relay node. I am sure some of these will make it into practice.

This week, KDDI and SoftBank announced they have reached an agreement on the mutual use of their base station assets to jointly promote the rapid build-out of 5G networks in Japan's rural areas. According to the press release:

Many issues lie ahead for Japanese society, including an aging population, a shrinking workforce, depopulation in rural areas, deteriorating infrastructure and natural disasters of increased intensity. To address these issues, the Japanese government is advocating Society 5.0 and promoting initiatives to achieve it. With the spread of a super-smart society under Society 5.0, large volumes of data will need to be shared to utilize IoT, big data and AI, and a rapid build-out of 5G networks is expected to help facilitate this. In particular, 5G networks are expected to help resolve Japan's regional issues by enabling remote monitoring and operation through the transmission of high-definition images. Furthermore, 5G networks can help increase productivity by facilitating data gathering and analysis, which could contribute to the revitalization of regional industries, including local companies and startups.

Since 5G networks use the 28GHz and 3.7GHz high-frequency bands, many base stations need to be installed nationwide, and this requires long-term construction and large investment commitments. Accordingly, to quickly provide services that meet Japan's regional revitalization needs, more than ever before, carriers need to promote mutual infrastructure sharing to efficiently construct a network of 5G base stations. To accelerate the build-out of 5G networks in rural areas, KDDI and SoftBank will explore options with a view to establishing a joint construction management company that would facilitate construction designs and manage construction work to efficiently utilize the base station assets of both companies.

As a first step, both companies will establish a preparatory office, and starting this fall, conduct joint trials in Asahikawa City in Hokkaido, Narita City in Chiba Prefecture and Fukuyama City in Hiroshima Prefecture. In addition to streamlining processes from design to construction management stages, the trials will be used to verify the effects of 5G network quality improvements and shortened construction periods in rural areas.

KDDI has also be testing relay nodes (small cells) in rural areas, camouflaging it to not spoil the natural beauty of the area. They can very well be sharing this with Softbank.

Many countries are looking towards Japan to learn from the outcome of these infrastructure sharing schemes. Hopefully we will learn more about them in the coming years, if not months.