Orange: Leading the way in Cameroon 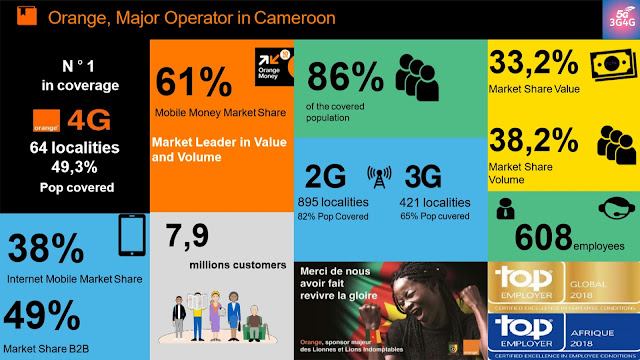 Orange are creeping up on MTN as the number one mobile operator in Cameroon. Currently with 7.9 million subscribers (MTN has 9 million) they impressively cover 49.3% population with 4G, while  82% is covered by 2G and 65% by 3G.

According to GSMA Mobile Economy 2019 Report, 3G will play a big role in Sub-Saharan Africa in 2025 with a significant number of devices still on 2G. Having a good 2G & 3G coverage is important but a good 4G coverage brings in new ARPU due to data usage and mobile internet subscribers.