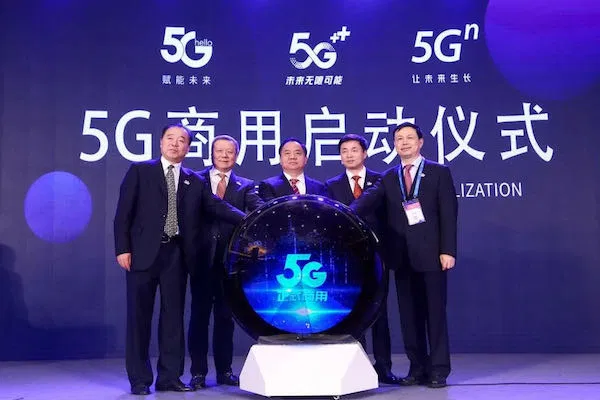 As reported by Mobile World Live:

The three operations deployed about 86,000 5G base stations and expect to have more than 130,000 by year-end. Market leader China Mobile aims to install 50,000 sites by end-December, while China Unicom and China Telecom each target about 40,000.

All three operators announced similar packages with different speed tiers. Users without a 5G device can still subscribe to the 5G plans to take advantage of the larger data allowances.

It’s giving 30 per cent discounts to existing customers, who have subscribed for three to five years. The company said it already registered 10 million customers to 5G packages.

China Unicom, the third largest operator in the country, claimed ubiquitous coverage in 14 cities, with plans to have service in 40 cities by the end of the year.

Chen Zhaoxiong, vice minister of Industry and Information Technology (centre), kicked off the launch with representatives from the three operators at PT Expo China in Beijing today (31 October).


They’re also offering a solid 1000 yuan ($142) discount on the #Samsung Note 10+ 5G. It is one of the only high end 5G phones on the market. Could be a chance for Samsung to regain some share in a market it has pretty much lost. pic.twitter.com/gCx6nI2DCL
— Arjun Kharpal (@ArjunKharpal) October 31, 2019

Arjun Kharpal, China Technology Correspondent at CNBC pointed out in the tweet above that China Telecom has changed its app logo to “Hello 5G”.

Mike Dano from Light Reading points out in his tweet that China mobile is selling 5G 30% cheaper as compared to 4G, which will simulate demand for 5G networks. 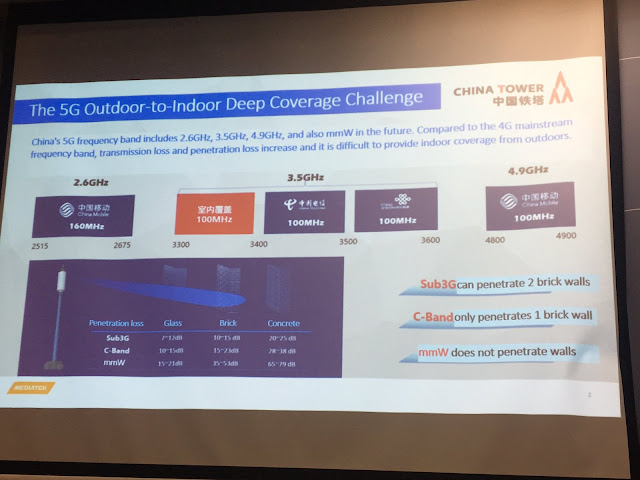 The picture above shows summary of 5G Spectrum that has been allocated to the operators. Both China Telecom and China Unicom has 100MHz in the 3.5MHz band (C-band), while market leader China Mobile has 160MHz of spectrum in the 2.6GHz and another 100 MHz in 4.8GHz band. China Broadcasting Network (CBN), which was established in 2014 by the National Radio and Television Administration (NRTA) to consolidate the country’s fragmented cable-TV industry also has 100 MHz in 3.3GHz band.